Welcome to the Swedish Atlantic Council! 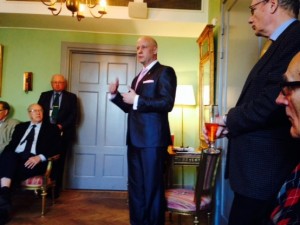 The Swedish Atlantic Council is a non-governmental association. Its purpose is to promote a broad and well-informed debate about the conditions and objectives of Swedish security policy. The Council places particular emphasis on the role of Sweden, as an EU member, as a close partner to NATO and the need for a stronger transatlantic link for peace and security in Europe and beyond. 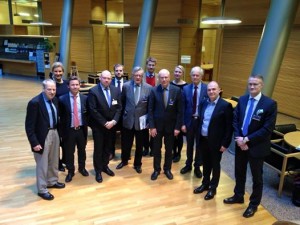 Visit to the Atlantic Council of Finland

The traditional Atlantic pubs have been held for many years. Speakers, among others, have been the commander in chief, diplomats, academics and journalists.

In recent years, the Council has arranged a series of conferences with inter alia Society and Defence, the National Defence College, foreign embassies and NATO Public Diplomacy Division.

The Round Table format is, as the name suggests, a discussion forum with a smaller circle of participants. It has usually been carried out in cooperation with the National Defence College. 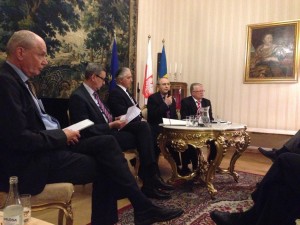 Atlantic Dialouge at the Embassy of Poland

This form of mini-seminars on a selected country usually take place in the respective country’s embassy with lectures by for example an ambassador or a national expert with subsequent discussion and mingle.

Representatives of the Atlantic Council regularly visit their sister societies in Europe and participates in international conferences.

To take advantage of SAKU ’s events send an email to gustaf.gothberg@moderat.se.

BOARD OF THE SWEDISH ATLANTIC COUNSIL

>See the whole list of the members of the board

Former Director of the Swedish National Defence College, Chairman of the Defence Committee